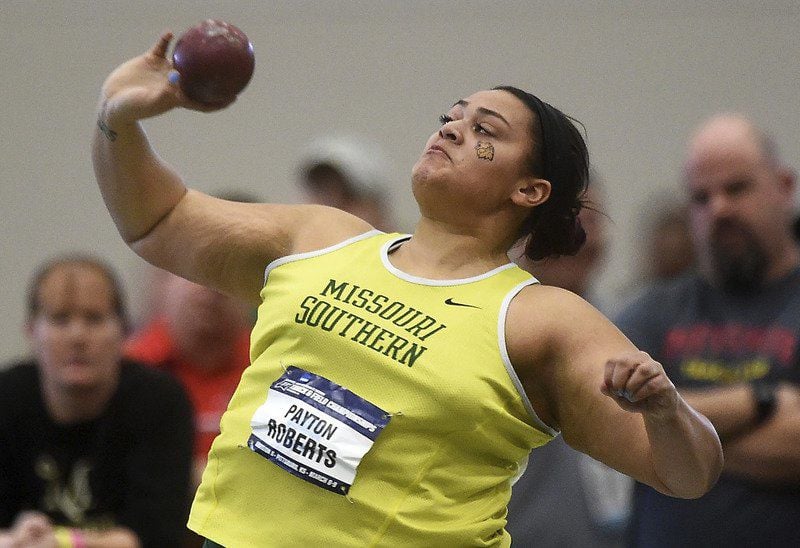 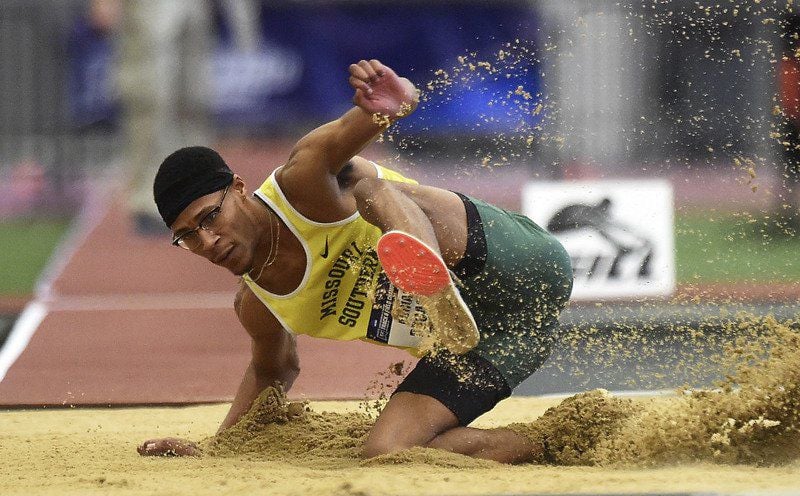 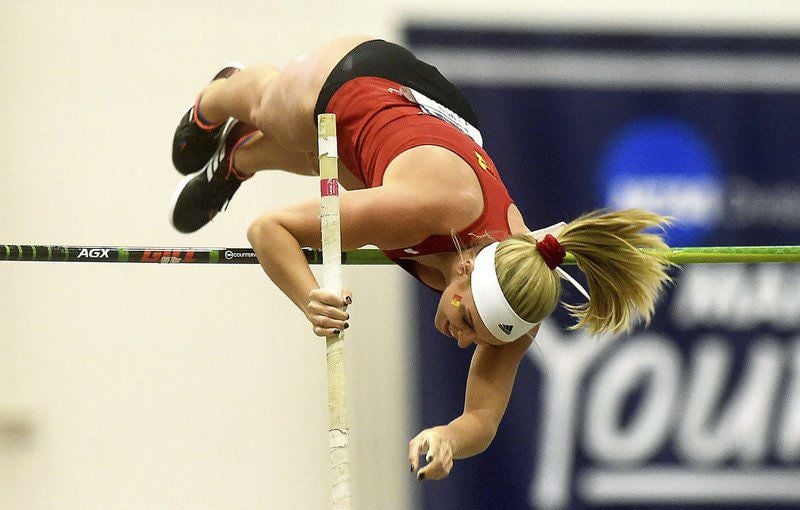 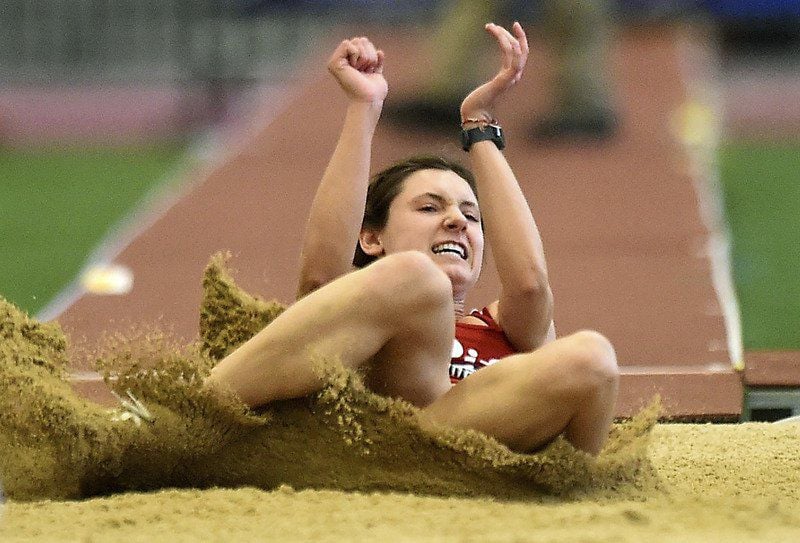 PITTSBURG, Kan. — Haven Lander ascended to the top spot on the awards podium and accepted a hard-earned piece of hardware.

Moments later, after sharing a few hugs with teammates and family, Lander was still attempting to fully comprehend what had just occurred.

“National champion…that sounds so great,” Lander said. “It probably won’t hit me until later. But it feels good. After how I did in the outdoor season, it feels really good to redeem myself. I showed that I can do it.”

“I just needed to go out there and do what I know I can do,” said Lander, who was the only athlete to go higher than 12-10.75 and just missed clearing 14-2. “Knowing that I can clear those heights, I’m going to go into the outdoor season feeling really confident.”

“Both of those girls did phenomenal,” PSU jumps coach Kyle Rutledge said. “They got in a good rhythm and they fed off of each other. They did what they needed to do. Anytime you have two on the podium and you have a national champion, it’s a great thing.”

Next, Pittsburg State freshman Trace Mosby was the runner-up in the women’s pentathlon with 3,906 points. Olivia Montez-Brown of Augustana (S.D.) took first with 3,915.

“I was so happy just to make it here,” Mosby said. “I had no expectations other than to go out and have fun. I’m happy with how I did. It’s a little bittersweet because I was so close to first. It hurts a little bit, but I’m so proud.”

A native of Smithville, Missouri, Mosby was fourth in the 60-meter hurdles, seventh in the high jump, fourth in the shot put, second in the long jump and fifth in the 800-meter run.

“Each event counts and every point and every second count,” Mosby said. “When you slip up, you know it hurts you. It’s definitely an event someone has to go through to understand.”

Also for the Gorillas, Jena Black earned a spot on the podium by finishing seventh in the shot put (50-9.5), while McKenzie Penne was 13th in the pentathlon (3,488 points).

The Lions had two third-place finishers — Payton Roberts in the shot put and Jasmine Deckard in the 200-meter dash.

A junior, Roberts put the shot 51 feet, 11 inches. Her top mark came on the fifth of six attempts.

“This is the most intense meet I’ve ever been to,” Roberts said. “I came in seeded seventh and I was in eighth going into the finals. I knew I just needed to go for it and that’s what I did. Getting third feels amazing. And being able to say I’m an All-American is amazing. It’s a feeling I don’t want to let go of.”

Sunflower Greene of Millersville was the shot put champ with a toss of 53-3 and Lindsay Baker of Ashland was second (52-2).

“I’m very excited,” said Deckard, who owns the school record in the event. “Being in the top three in the nation is a big accomplishment. I made it to outdoor nationals last year in the 200, but I got disqualified. So, to be able to do this today is redemption for me. Now, I’m hyped for the outdoor season.”

On the men’s side, Missouri Southern’s Adrain Broadus finished fifth in the triple jump with a leap of 50-9.5.

Broadus, who recorded his top mark on his first attempt, was the second All-American of the weekend for the men’s team after Gidieon Kimutai placed fourth in the 5K on Friday.

Adams State rolled to the team title on the women’s side with 87 points, as Grand Valley State was a distant second with 64.

Pittsburg State (22) and Missouri Southern (19) finished sixth and eighth, respectively, in the women’s team standings. It’s the fourth-straight top-six finish for the Gorillas. The team finish is tops in program history for the MSSU women.

Ashland edged Adams State 38-37 for the men’s crown, while Southern was 25th and Pittsburg State was 28th.