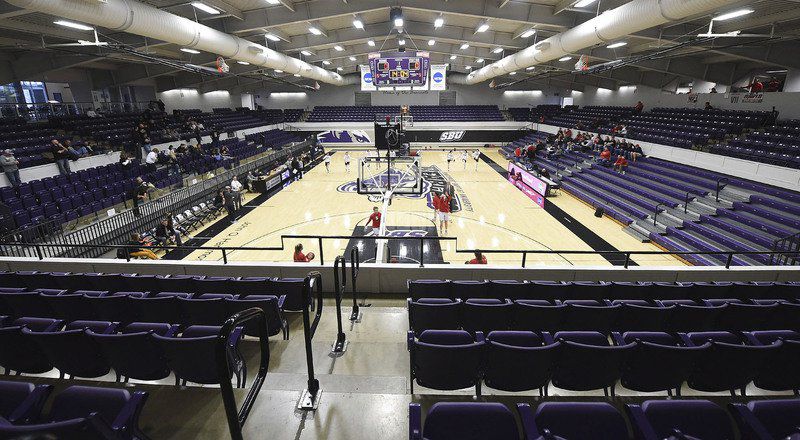 The spacious Meyer Sports Center on the campus of Southwest Baptist University was nearly empty on Saturday afternoon when Carl Junction’s girls and Webb City’s boys took the court for their respective Class 4 quarterfinal basketball contests.

By the pregame atmosphere, it was hard to tell a significant postseason clash was about to take place.

There were no raucous student sections, no pep bands and no cheerleaders.

Each game was played in front a small crowd because of MSHSAA’s attendance restrictions due to concerns over the spread of the coronavirus.

The move to restrict fan attendance was understandable, as the United States government declared a state of emergency on Friday due to COVID-19, and the World Health Organization declared the coronavirus outbreak a pandemic last week.

Schools were limited to 60 attendees on Saturday in Bolivar, and that number included players and coaches. With that, only a small section of seats were filled on both sides of the arena, which has a maximum occupancy of 2,925 people.

Parents of the players, family members of the coaches and a few administrators were the only spectators in attendance, about 40 per team or 80 fans total.

“It was tough, but our crowd brought it,” Carl Junction coach Brad Shorter said. “I’m very pleased with what our crowd did. It was tough deciding on who gets to come to the game because we love everybody and we want everyone to be a part of this. We had to do what we had to do. Fortunately, our crowd was loud.”

Players had mixed reactions to the situation.

“It didn’t feel like an empty gym,” Bulldogs senior Dani Wrensch said. “Our crowd was pretty loud. But it would have been nice to have more people here.”

“I kind of liked it,” Carl Junction freshman Destiny Buerge said. “It was more calming for me. It’s a lot more nerve-wracking to me if there’s a lot of people.”

Webb City coach Jason Horn noted each of his players were allowed to bring two people.

“Those are the people our kids most value in life,” Horn said. “It’s like playing in the summer. … There’s only a select few that go with us. The parents were loud. They were trying to create atmosphere.”

Horn said he wasn’t surprised at how the Webb City faithful, however small, showed their support for the Cardinals.

“There’s not a lot of communities like Webb City,” Horn said. “Everything you hear about it is true. The support is phenomenal. The administration is great. The student body is great. It’s not like that everywhere. We’re lucky to have the support we have.”

Horn noted he needed to thank MSHSAA for allowing the games to take place.

“We’re just thankful we were allowed to play,” Horn said. “Our state association didn’t rush to make a quick judgment. They took all the information. We thank them for letting us play. This is a moment you’d hate to see the kids lose.”