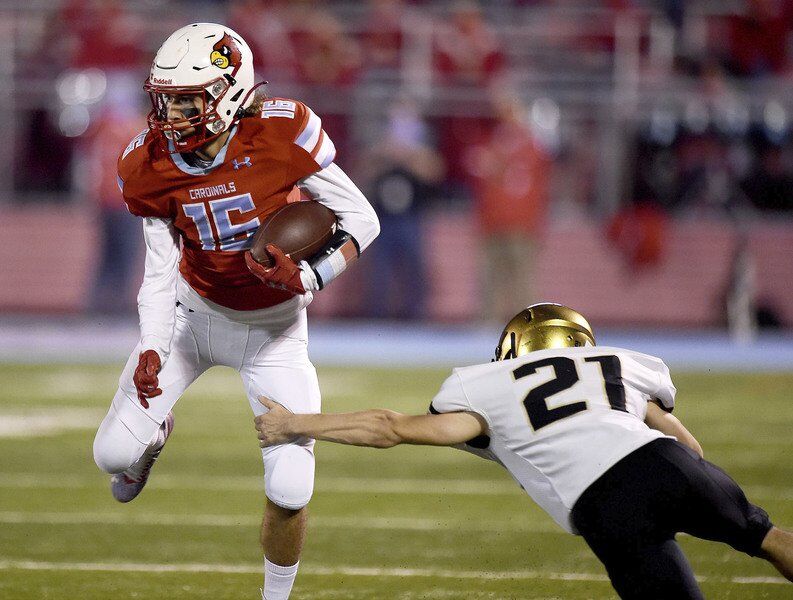 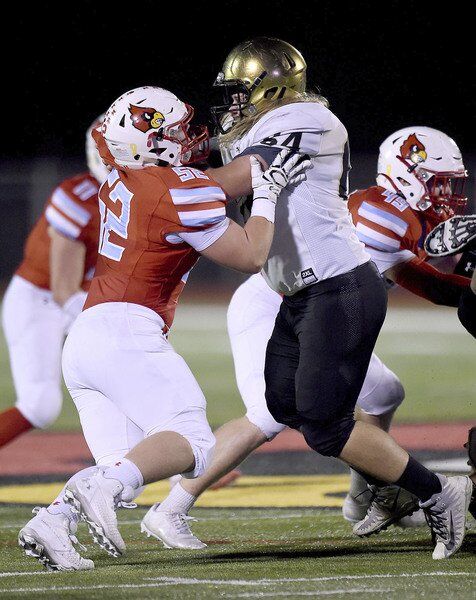 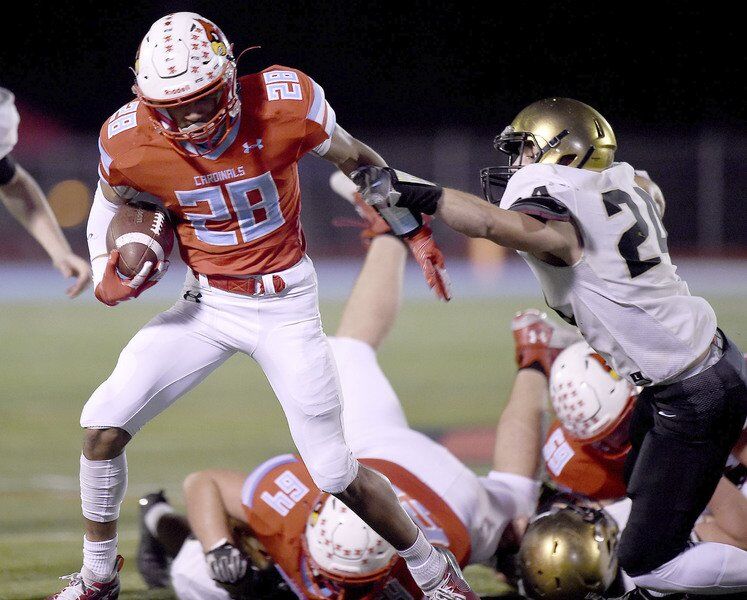 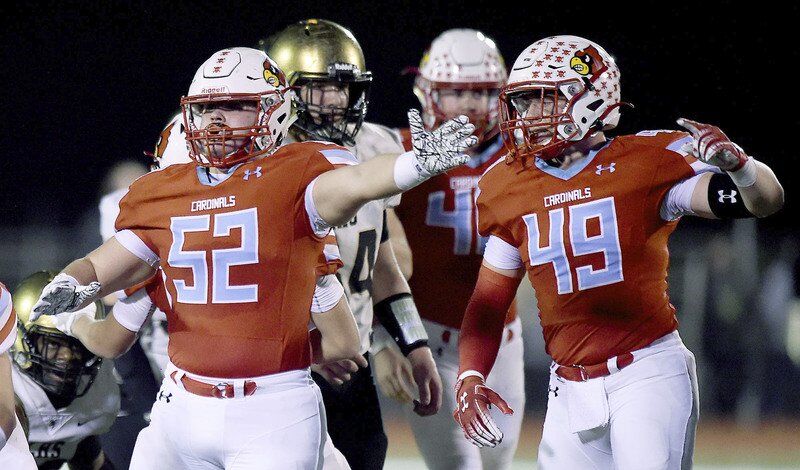 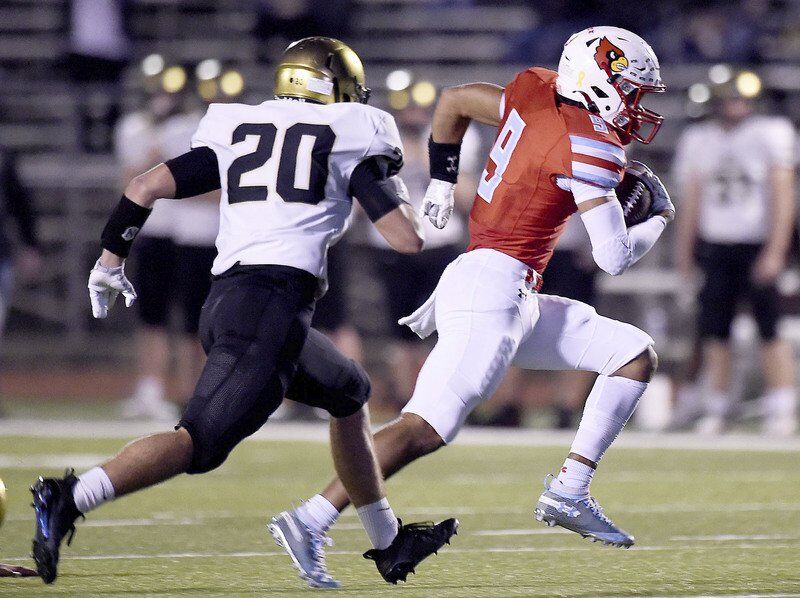 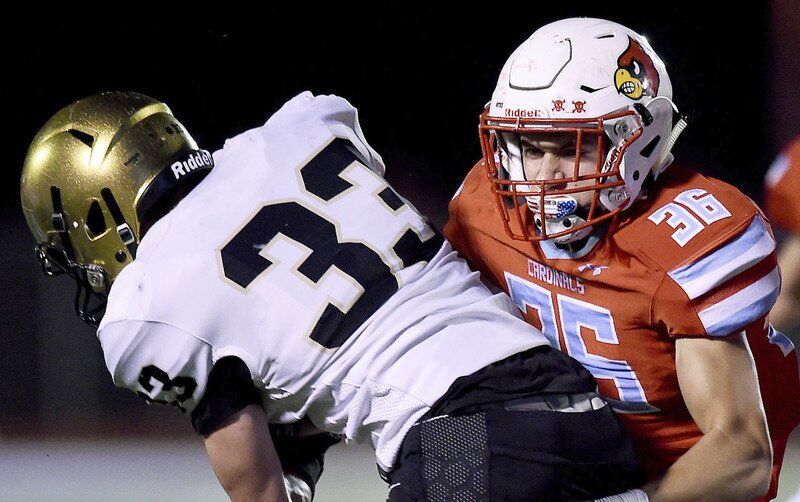 WEBB CITY, Mo. — Dupree Jackson epitomized the effort play, and at a time when his Webb City football team needed it.

The junior running back made a touchdown-saving tackle to preserve a one-score lead for the Cardinals as the first-half clock expired, and Webb City pulled away in the second half to claim a 42-14 win over Lebanon in a Class 5 state quarterfinal on Friday night at Cardinal Stadium.

“That young man Dupree Jackson that chased that kid down and made the tackle before he got into the end zone, that was the play of the year for us,” Webb City coach John Roderique said. “The whole complexion of the game could have changed on that one play.”

The pivotal sequence came on the final play of the first half when a Lebanon defender picked up a fumble off a sack and saw nothing but 50 yards of open field in front of him as he sprinted toward the end zone. But the speedy Jackson managed to erase a 10-yard gap between him and the ball carrier to make a shoelace tackle inside of the Webb City 10-yard line.

It was game-altering momentum shift that Webb City was looking for. And things only escalated from there.

Nursing just a 14-8 lead out of the break, the Cardinals opened up a 21-0 run in the third quarter with a six-play, 58-yard drive that was capped by 38-yard touchdown run by Jackson.

Lebanon (7-4), despite dominating time of possession throughout the night, suffered three turnovers in the third quarter, two of which resulted in Webb City touchdowns. The first turnover of the period led to a two-yard touchdown run by senior running back Devrin Weathers, and the second came on an interception by senior linebacker Eli Goddard, who went 24 yards on the return for a score.

“At halftime, we obviously talked about having to get our defense off the field,” Roderique said. “We couldn’t stop them. I mean, they were impressive. Hats off to them because they do a great job at what they want to do. … But we made some adjustments at halftime, put some other kids on the field in the second half. And our offense, it’s like, ‘Hey we can’t worry about what’s going on defensively. We’ve got to maximize every possession we have.’ And I thought our offense really did a great job in the second half.”

Both teams exchanged a touchdown in the fourth quarter to bring the game to its final score. Fittingly, Jackson recorded the final touchdown of the night on a four-yard run. He finished with 107 rushing yards on nine carries.

The methodical, run-heavy Lebanon offense opened the game with an eight-minute drive that went 69 yards before Webb City generated a takeaway on a fumble recovery by Goddard in the end zone.

Following a quick three-and-out by the Cardinals on their first offensive possession, the Webb City defense generated another turnover on a fumble recovery by junior lineman Christian Kinney. The Cardinals took over Lebanon territory and scored two plays later on a 31-yard run by senior running back Devrin Weathers.

The Webb City defense generated six turnovers on the night.

Webb City opened a two-score lead early in the second quarter when Weathers punctuated a 75-yard drive with a one-yard touchdown run. Weathers, a Kansas State commit, finished as the Cardinals’ leading rusher with three touchdowns and 112 yards on 16 carries.

The Yellowjackets finally had a long-yardage drive pay off with a score late in the first half when running back Drew McBride bulldozed his way into the end zone on a two-yard rush, trimming the Webb City lead to 14-8. The scoring drive lasted 23 plays — milking 9:22 off the clock — and was aided by a fake punt attempt that resulted in defensive pass interference that gave Lebanon a fresh set of downs midway through the possession.

The bulk of Lebanon’s offensive production came via the run (280 yards). McBride was the team’s leading rusher with 103 yards on 29 carries.