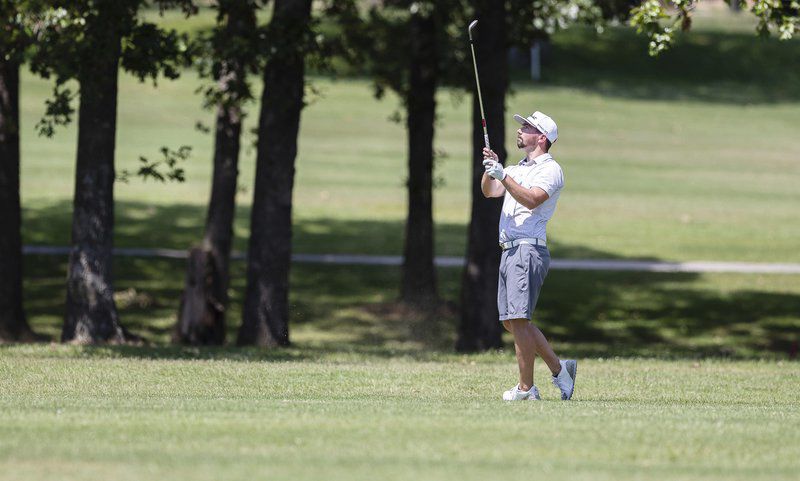 Jordan Burks keeps an eye on the ball during Saturday's round of the 51st Briarbrook Invitational Golf Tournament at Briarbrook Golf Course in Carl Junction. Globe|Israel Perez 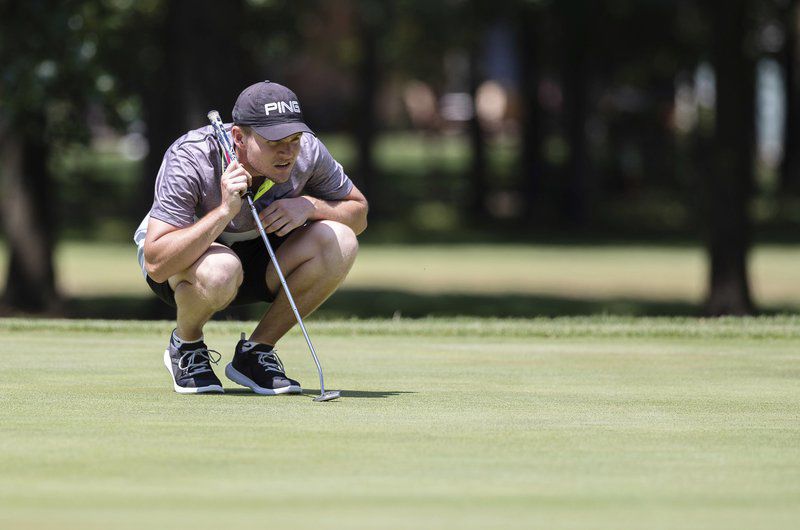 Taylor Lansford reads the green before a putt during the 51st Briarbrook Invitational on Saturday afternoon at Briarbrook Golf Course in Carl Junction. Globe|Israel Perez 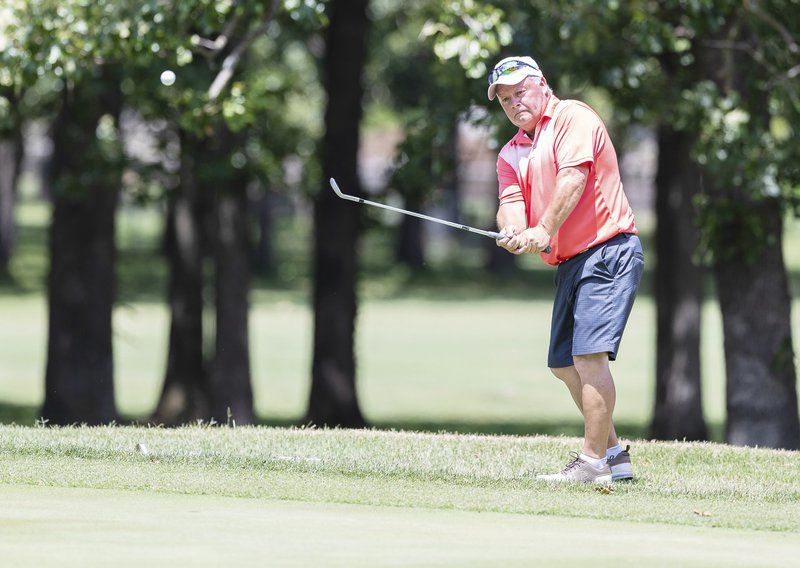 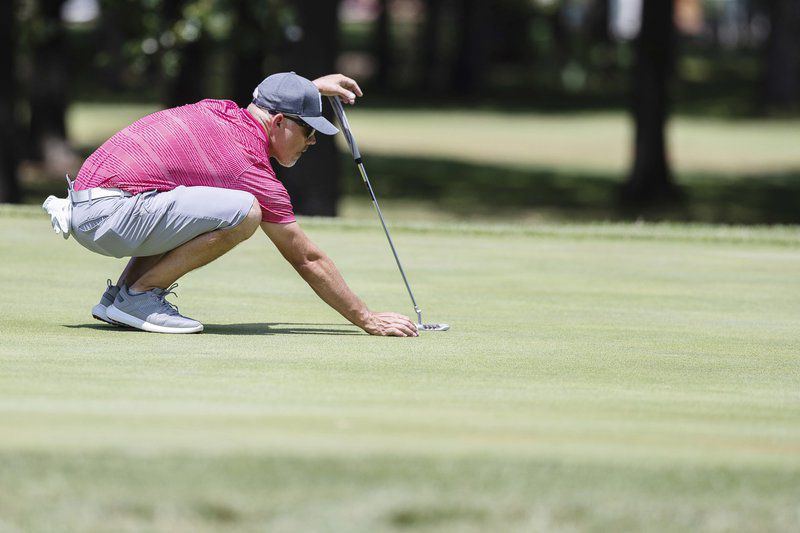 Jordan Burks keeps an eye on the ball during Saturday's round of the 51st Briarbrook Invitational Golf Tournament at Briarbrook Golf Course in Carl Junction. Globe|Israel Perez

Taylor Lansford reads the green before a putt during the 51st Briarbrook Invitational on Saturday afternoon at Briarbrook Golf Course in Carl Junction. Globe|Israel Perez

That's usually the case when you are making birdie on almost every hole.

Ignited by a front-nine 29, Stallings fired a 9-under-par 63 and earned a share of the second-round lead in the 51st Briarbrook Invitational.

Stallings' best-ever score in a tournament allowed him to catch first-round leader Tug Baker at 12-under-par 132. Baker, who won this tournament 10 years ago, posted his second 66.

Former champion Ethan Hutcheson and Taylor Lansford are tied for third at 139 after shooting 68 and 66, respectively. Jordan Burks also shot 66 and climbed into fifth place at 140.

"It was a pretty easy-going 29," he said. "The only pars were on the par-3s, and on No. 4, it hit right next to the hole 15 yards on and sucked back all the way off the green. I had to chip and make a good putt from above the hole to save par.

"I kept rolling from there with birdie after birdie. I wanted to get just one more. It was fun. It was a good time."

"I hit good shots on 10 and 11 and they went right off the green," Stallings said. "They were not easy putts. That kept it going.

"On Friday I didn't play as good as I wanted (shooting 69). I didn't hit the driver confidently and usually that's the strength of my game, the driver and wedges. Today I wanted to come out real aggressive and real confident, and from the first hole I was striping them. With Tug shooting 66 (Friday), I knew I needed a good score."

He rolled in a 30-foot birdie on the first hole, "An excellent start to the round," Baker said. And he hit a pitching wedge within two feet for birdie on the par-4 fourth hole and a front-nine 34.

"On 17 I drove the green and missed the eagle putt by two inches on the high side," he said.

"I'm hitting everything pretty good. I had two lip-outs on the back and two pars on the par-5s on the front; otherwise, it would have been pretty special. I'm making committed swings. That's all I can ask for."

Bob McKay shot a 2-under-par 70 to take the lead as the 36-hole Senior Division began on Saturday.

McKay is two shots in front of Frank Jacobs, and Dave Vanderwell had an 83, one shot better than Terry Key and Lowell Davis.

A birdie and double bogey left McKay 1-over after two holes, but his last five birdies came in a nine-hole span from the seventh through 15th holes.

Jacobs had 36 on both sides, but they couldn't have been more different. He made par on the first nine holes but had only three pars on the back to go along with an eagle on 13, two birdies, two bogeys and a double-bogey on 18.

RANCHO MIRAGE, CA - Randy Brian Weiss, 74, formerly of Joplin, MO, passed away Wednesday, July 1, 2020. He was the radiologist and owner of Four State Imaging. No services are planned at this time.