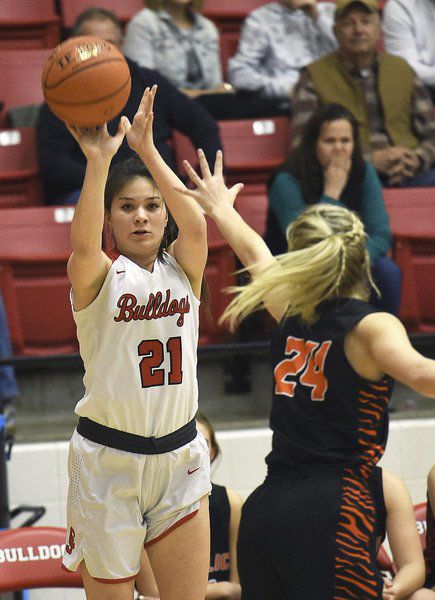 Carl Junction’s Jessa Hylton (21) hits a 3-pointer over the outstretched arms of Republic’s Kaemyn Bekemeier during their game on Thursday night at CJHS. Globe | Laurie Sisk 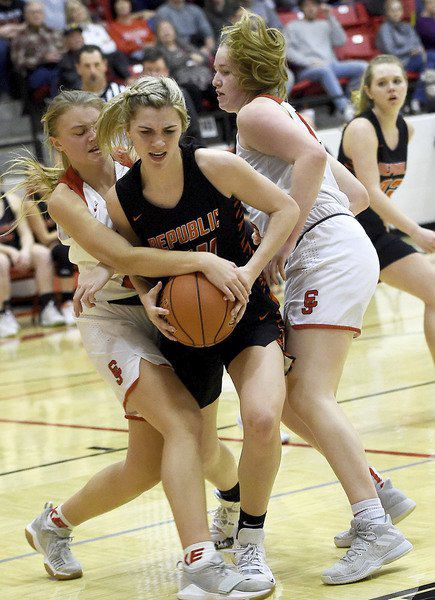 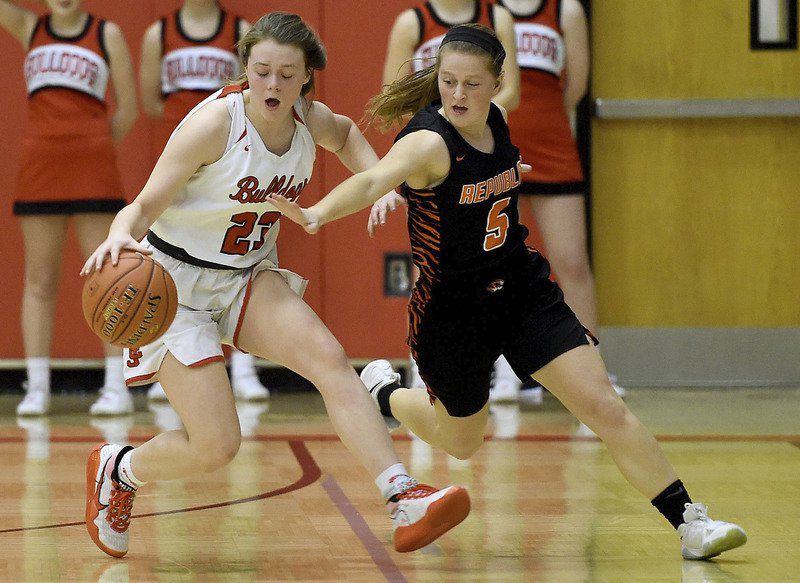 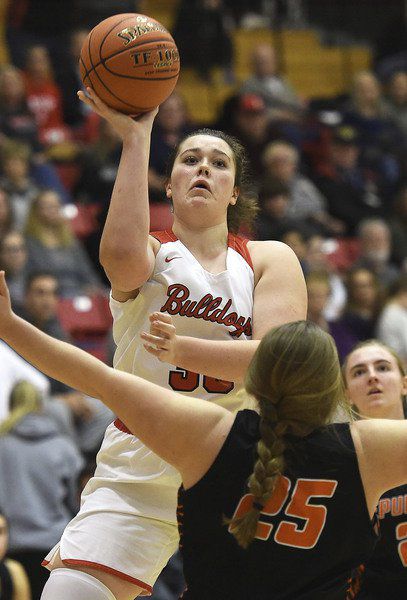 Carl Junction’s Jessa Hylton (21) hits a 3-pointer over the outstretched arms of Republic’s Kaemyn Bekemeier during their game on Thursday night at CJHS. Globe | Laurie Sisk

By doing just enough down the stretch, Carl Junction held off Republic’s second-half surge and earned a hard-fought 50-48 victory over the Tigers on Thursday night in a key Central Ozark Conference girls basketball showdown inside the CJHS Gymnasium.

Up 31-16 at halftime, the Bulldogs had to survive the Tigers’ late-game push, including a last-second shot that was off the mark.

“We felt good about things going into the second half, but we know Republic’s a quality basketball team,” Carl Junction coach Brad Shorter said. “We fell apart a little bit in the second half. Their pressure got to us. Luckily, we were able to hold on.”

Ranked fifth in Class 4 by the Missouri Basketball Coaches Association, Carl Junction remained perfect at 12-0 overall and 2-0 in the COC.

“Anytime you can get a win against Republic, it’s a great win,” Shorter said. “They have a great program. This one was good for our kids. I hope this win brings more of the community out to watch our girls because these girls are an awfully good basketball team.”

The intense and physical clash between teams expected to contend for the conference crown was deadlocked at 14 at the end of the first quarter.

The Bulldogs, who held the Tigers to two points in the second quarter with a smothering defense, closed out the first half on a 15-0 burst to take a 31-16 halftime lead.

Scott’s hoop inside pushed Carl Junction’s cushion to 17 at the start of the third quarter, but the Tigers caught fire from long distance.

With five treys in the frame, Republic put together a 15-5 run and pulled within six entering the fourth quarter.

Buerge’s corner 3-pointer gave Carl Junction a 49-43 lead with three minutes remaining, but Republic’s Bekemeier answered with a trey on the other end, her team’s seventh of the second half.

In a chaotic stretch, the two teams traded turnovers before CJ’s Jessa Hylton made 1-of-2 foul shots to give the hosts a four-point cushion.

After a timeout, the Bulldogs turned the ball over with 14 seconds remaining, giving the visitors a chance to tie or win the game.

On the final possession of the night, the Bulldogs buckled down defensively, and Republic’s Clara Fronabarger misfired on an off-balance 3-pointer just before the buzzer.

“We tried to play some man defense at times, and I think we did some good things defensively,” Shorter said. “They hit a lot of shots against our zone. They put five kids around the arc, and they can all shoot it. We were able to mix in some man defense and then solidify some things.”

While the Bulldogs struggled with turnovers throughout the game against Republic’s full-court press, the hosts took care of the ball well enough in the fourth quarter.

“We finally started going to the ball,” Shorter said. “Earlier in the game we were running away from the ball. We ran our press-breaker the right way, it was amazing what type of shots we could get. It was good enough, but it has to get better for sure.”

Carl Junction will take on Blue Valley Northwest at 4 on Thursday at the Bill Hanson Memorial Tournament at Pittsburg High School.