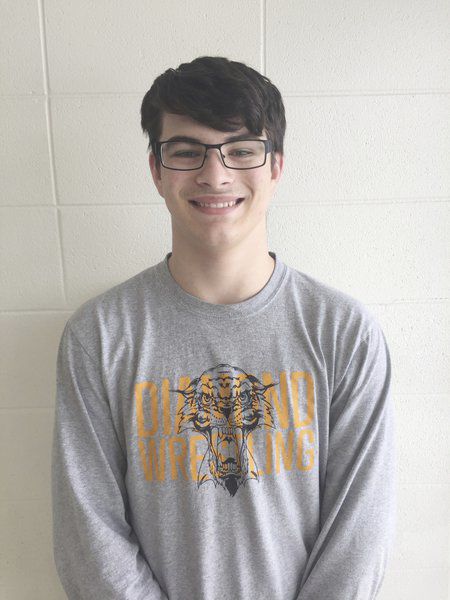 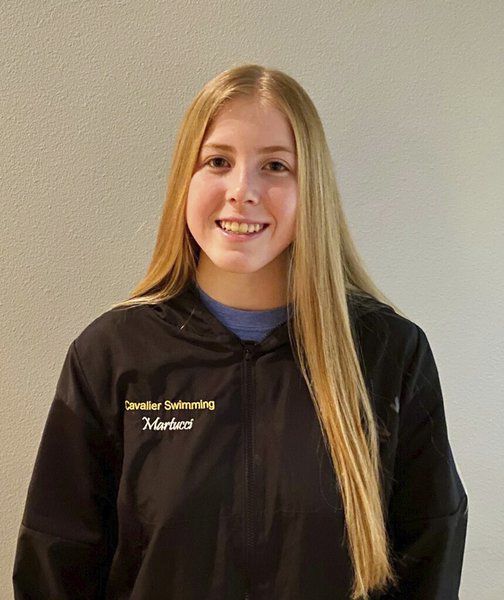 Diamond wrestler Jayce Taylor and Thomas Jefferson swimmer Caroline Martucci have been named the Globe’s high school athletes of the week for the week ending Feb. 1.

Taylor, a junior, was instrumental in Diamond’s first team trophy in program history at the People’s Bank of Seneca Tournament on Feb. 1. Taylor went 7-0 for the Wildcats, earning six wins by fall and another by decision.

“Jayce had a good weekend,” Diamond coach Bill Gray said. “He is a defensive-oriented wrestler who takes advantage of his opponent’s mistakes. ... He tore his labrum the first weekend of the year last year and is doing a good job of coming back from that.”

Taylor capped his night with a fall over Cassville’s Logan Tolbert to win the 182-pound championship match.

“It has been a good season for Jayce,” Gray said. “No one knew how he would respond coming back from the shoulder injury. Saturday was proof he is coming back at a high level as we are getting ready for districts.”

Martucci, a senior, swam as an independent in the Big 8 conference meet at Monett and finished with her name in the history books after setting a new pool record following a first-place finish in the 100-meter backstroke in a time of 59.60 seconds.

“She has been struggling all season to get under a minute,” Thomas Jefferson coach Jennifer Martucci said. “It has been about two and a half years since she has been there, so that was a huge time drop for her. To not only get back under a minute, but also set the new pool record was great for her.”

Martucci added a second-place finish in the 50 freestyle in a time of 25.68 seconds, qualifying her for the state meet in two events.

“She went in with the attitude of doing the best she can do,” Martucci said. “She was healthy for the first time in a long time going into that meet, struggling with shoulder issues the past couple of years, and it really was a boost for her ahead of the state meet in a couple of weeks.”

COACHES CAN NOMINATE athletes of the week by emailing sports@joplinglobe.com before 5 p.m. Wednesday. Please attach a close up head and shoulders shot of the athlete to the email. Awards on Feb. 9 will be based on performances from Feb. 3-8.