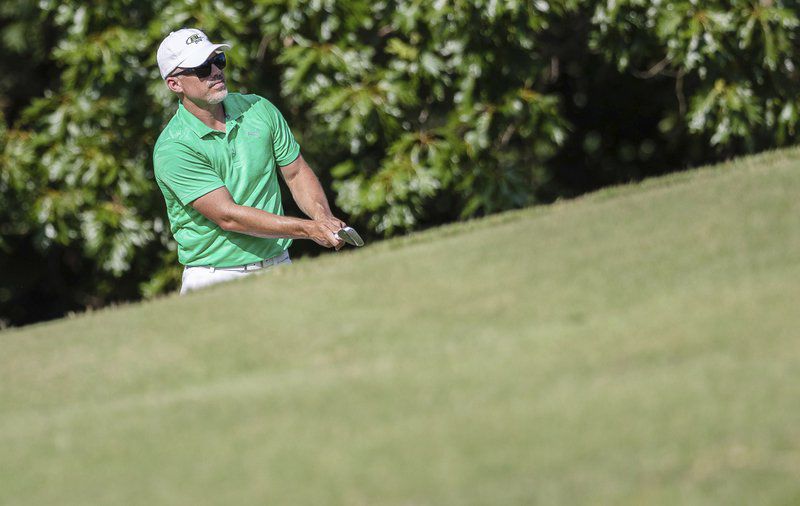 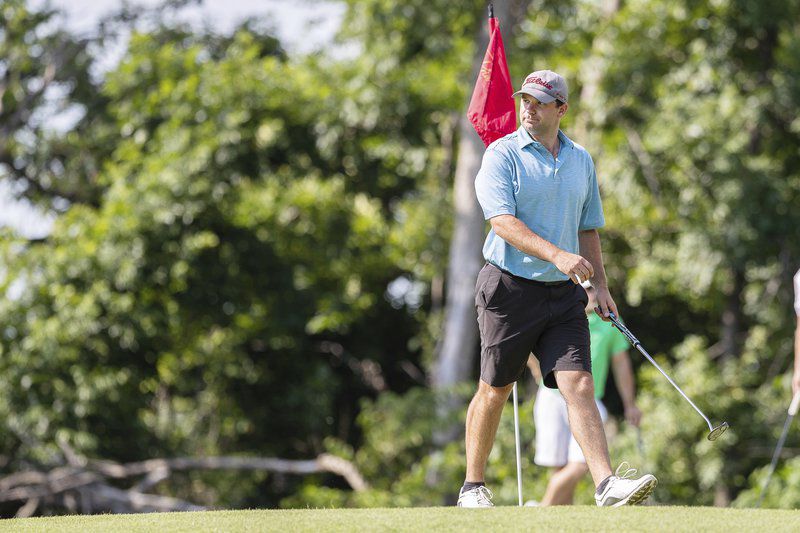 Garrett Stallings walks on the green during Sunday's final round of the 51st Briarbrook Invitational golf tournament in Carl Junction. Globe | Israel Perez 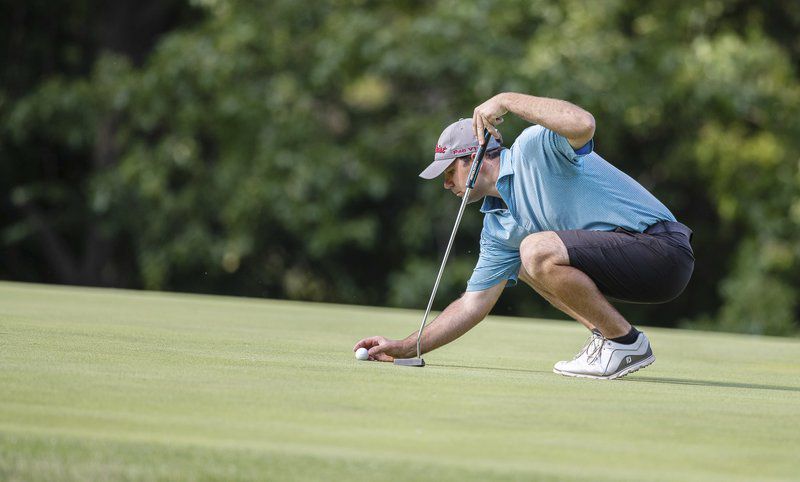 Garrett Stallings sets the ball on the green as he prepares for his putt on Sunday in the final round of the 51st Briarbrook Invitational golf tournament in Carl Junction. Globe | Israel Perez 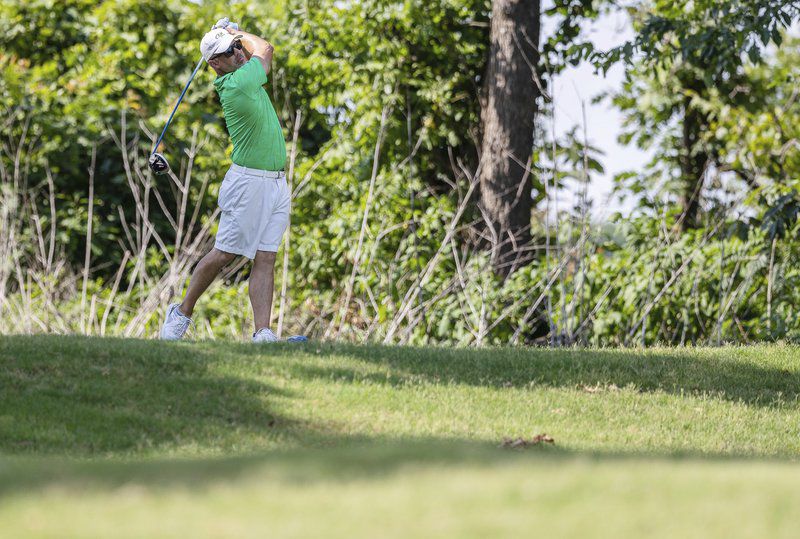 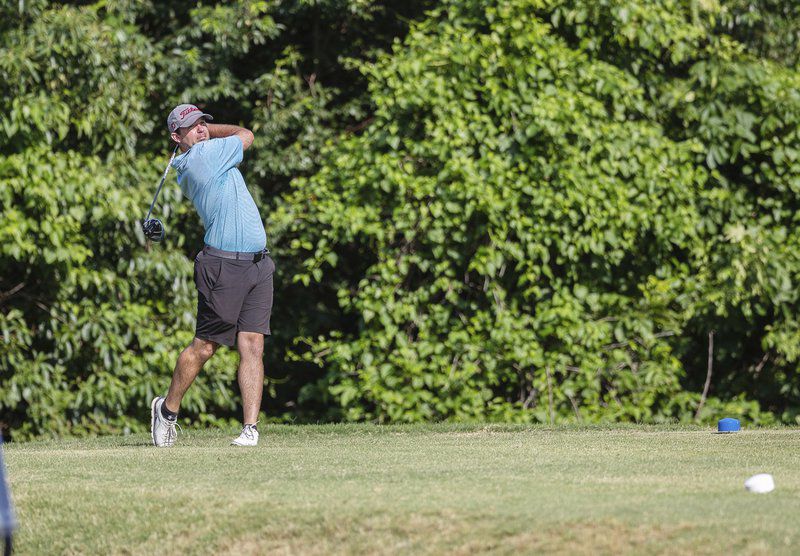 Garrett Stallings tees off from hole 17 on Sunday afternoon during the final round of the Briarbrook Invitational in Carl Junction. Globe | Israel Perez 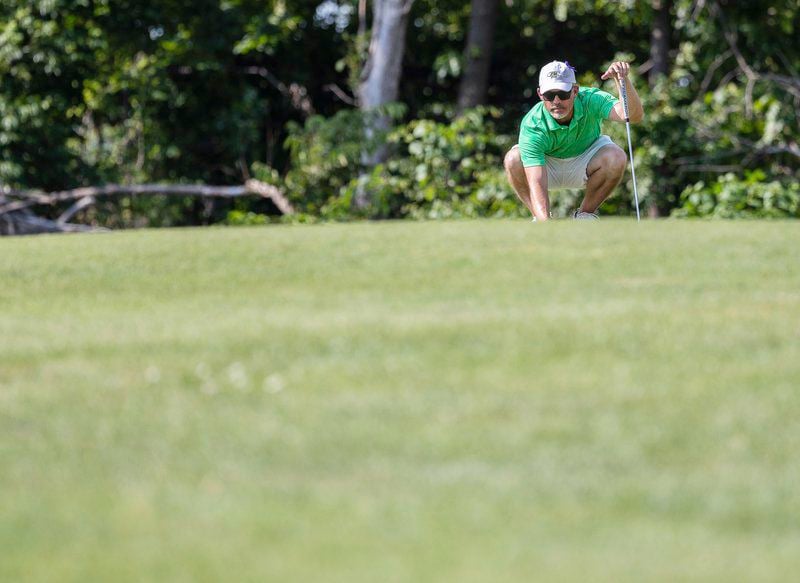 Garrett Stallings walks on the green during Sunday's final round of the 51st Briarbrook Invitational golf tournament in Carl Junction. Globe | Israel Perez

Garrett Stallings sets the ball on the green as he prepares for his putt on Sunday in the final round of the 51st Briarbrook Invitational golf tournament in Carl Junction. Globe | Israel Perez

Garrett Stallings tees off from hole 17 on Sunday afternoon during the final round of the Briarbrook Invitational in Carl Junction. Globe | Israel Perez

“It’s something else, isn’t it,” Baker said. “But, the greens are perfect. The golf course is firm and fast, and you’re playing the ball up. If you get on the right side of the pins and were rolling it good, you could make some. Plus you need some good fortune.”

In the first 50 Briarbrook Invitationals, only three players broke par in double figures — Russell, Boyd Downey and Paul Ashe with 10-under 206 in 1990 (Downey won on the first playoff hole) and Downey again in 2011 with another 206.

Garrett Stallings, who was tied with Baker at 132 after a second-round 63, closed with a 73 and finished second with 205. Jordan Burks climbed into third place at 10-under 206 after a final-round 66 — Sunday’s best round from the championship tees.

Former champions Ethan Hutcheson and Mark Bruder completed the top-5 with 75-211 and 74-213, respectively.

Baker quickly grabbed the lead with 10-foot birdies on the first two holes.

“I don’t want this to come across the wrong way, but my goal today was to get to 20 (under-par),” Baker said. “Not caring what Garrett or anybody else did ... if I could shoot 8-under and get to 20, that’s a hell of an achievement. If I win, great. If I don’t, hats off. I’ll be the first to shake your hand.

“That was my goal ... trying to amp myself up and hey, let’s get after it. It’s me and the course, one-on-one. That was the whole mentality. The gas pedal stayed down.”

Stallings birdied the second and fifth holes to tie Baker, but he had bogey and double-bogey on the next two holes, and Baker never relinquished the lead.

“It was a struggle,” Stallings said. “I hit two out of bounds, I missed a three-footer on (No.) 6. I was 2-under when I missed that three-footer ... then I went out of bounds on 7 and after that, I just started pressing and didn’t play my game.”

Baker’s 2-under 34 on the front nine gave him a three-shot lead at the turn. He gave one shot back after an unplayable lie on No. 10 led to a bogey-5 that he made by getting up and down from the rough behind the green.

There were some tense moments on the par-5 15th hole after Baker’s second shot couldn’t be located quickly.

“I was just in the left rough, 240 to the pin into the wind and absolutely smoked a 5-wood,” Baker said. “I couldn’t have hit it any better. It’s drawing right at the flag, and I hit the 5-wood about 230. From my line, it looked like it went over ... are you kidding me? I hit that because I knew it couldn’t go over. I’m not upset because I executed the shot. That’s all you can ask for.”

Several members in the gallery helped in the search while maintaining proper social distancing. After a while, Hutcheson found the ball plugged just short and right of the green.

“I never saw it bounce from the fairway,” Hutcheson said. “I’m like it either landed over or it plugged, and there’s no way it plugged. It’s too hard. But it was literally a foot from a sprinkler head. I just happened to look and it was right there.”

“Ethan found it plugged ... OK, great,” Baker said. “I was getting ready to go back (to the fairway) and hit another one, but it worked out for the best.”

Baker two-putted from the fringe for birdie, and the lead grew to five as Stallings made bogey after hitting his drive out of bounds.

Stallings shot 37-36 with one birdie and one bogey over the last 11 holes.

Jacobs, who trailed McKay by two shots after one round, and McKay were tied through 16 holes. But Jacobs took the lead with a par-4 on 17, while McKay made a double-bogey.

McKay shot 38-37—75 with two birdies and three bogeys plus the double bogey.

Top finishers in the 51st Briarbrook Invitational that ended Sunday at the par-72 Briarbrook Golf Course: