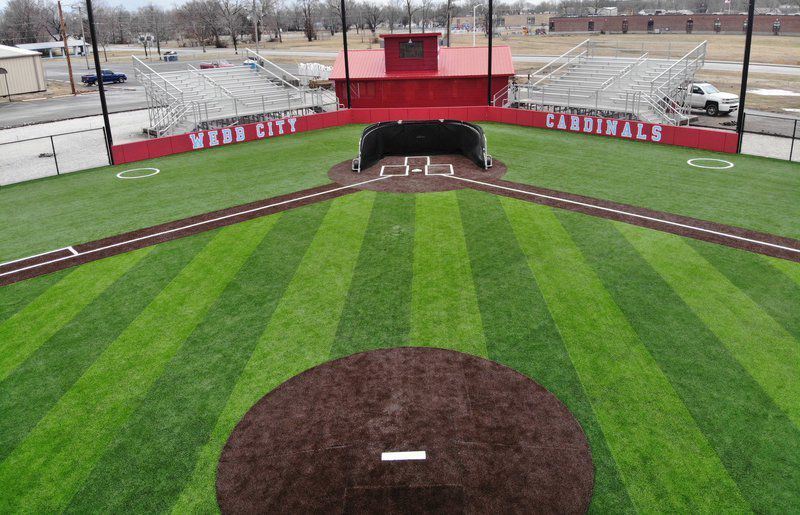 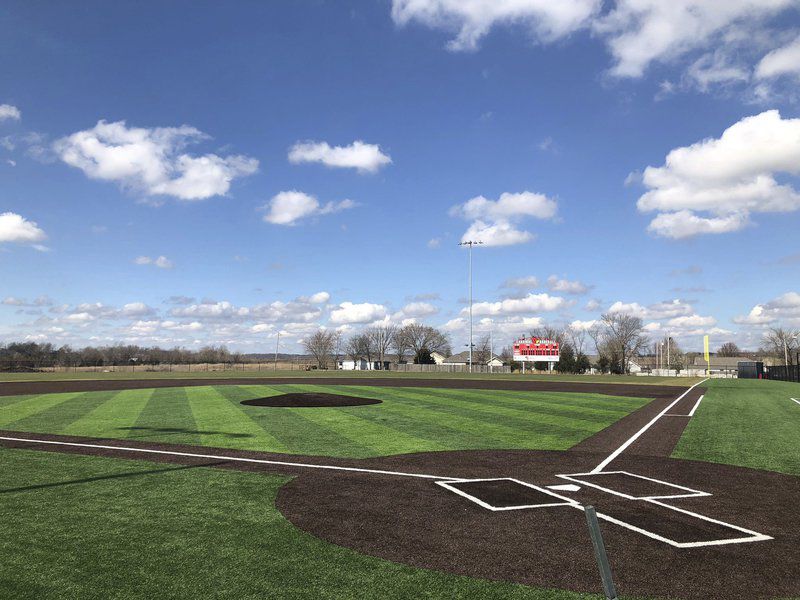 The baseball stadium in Webb City, which underwent major renovations ahead of the 2020 spring season, has been unused for more than a week after spring practices were suspended last Monday because of concerns over the spread of COVID-19.

“It was shocking,” Webb City coach Flave Darnell said of having the season suddenly shut down. “But I think we saw it coming when the NCAA canceled everything. There was still a shock factor. It’s just crazy. It really is unprecedented.”

With area schools out of session, all extracurricular activities are now on hold.

“We were supposed to have our first game on Saturday,” Darnell said. “Like everybody, we’re extremely disappointed. I feel really bad for our kids and especially our seniors. You feel bad for anybody who has put a lot of time into something and can’t do it right now. Obviously, people are losing their lives because of the virus, and that’s way more important than any sporting event.”

Major renovations at the baseball stadium, which is just down the street from the high school and behind the American Legion, began last fall and wrapped up in late February.

The infield playing surface and foul territory is now artificial turf, while new grass and a sprinkler system were installed in the outfield.

There are new dugouts, a much larger backstop and new netting behind the plate, along with all new lights and new fencing.

“It’s pretty much a whole new field,” Darnell said. “I think it turned out great.”

“They also did a ton of concrete work outside of the field that makes it a lot more fan-friendly,” said Darnell, who is in his first season in charge of the Webb City baseball program after assisting Garry Highfill last year. “There are still a few things they’re buttoning up ... some cosmetic things.”

Like countless coaches from all levels across the nation, Darnell is currently unable to spend time with his team — no practices, no workouts, no team meetings.

“Everyone’s just trying to keep busy,” Darnell said. “I’ve been doing some projects around the house. I’m catching up on some Netflix series ... stuff I don’t usually do until the end of May.”

If and when the season is played, Webb City will rely on a solid core from last year’s squad that went 17-12 and captured a district championship, including returning all-conference selections Treghan Parker, Cole Gayman and Cale McCallister, along with the likes of Devrin Weathers and Kade Hicks.

Darnell, who was elevated to head coach after Highfill resigned at the conclusion of last season, spent 15 years as the head coach at Carl Junction, where he led the Bulldogs to five district titles, two state semifinal appearances (2009, 2010) and a state runner-up finish in ’09.

While Kansas has already called off spring sports entirely, Missouri schools are hoping to resume activities on April 6. Prep athletes have been working out on their own to stay in shape.

“We’ve encouraged the guys to get outside and play catch and things like that,” Darnell said. “Our facilities are shut down, so they’re on their own. The guys have been scrambling to find places to do some things, and I know they are. Hopefully, if we get that go-ahead to get back at it, they’re ready to go as much as they can be.”

For now, the pristine Barnes Field sits empty, as the Cardinals continue to wait to show it off.

“It’s going to be awesome to play there,” Darnell said.