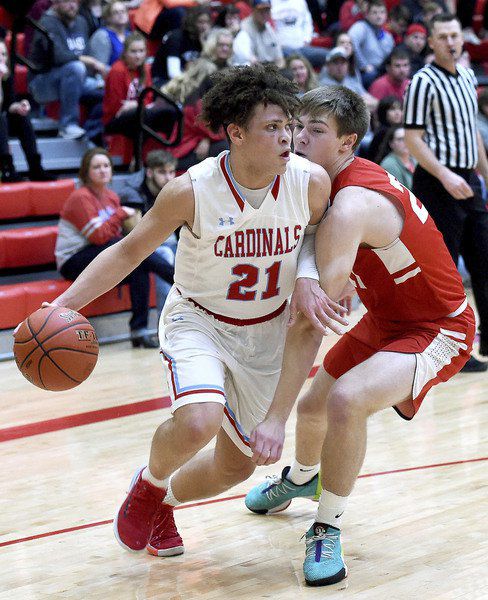 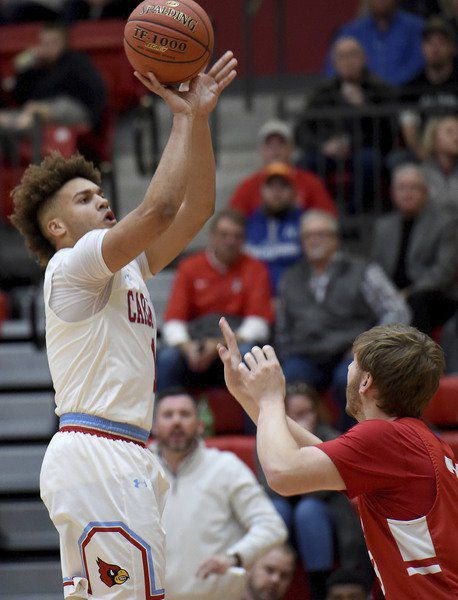 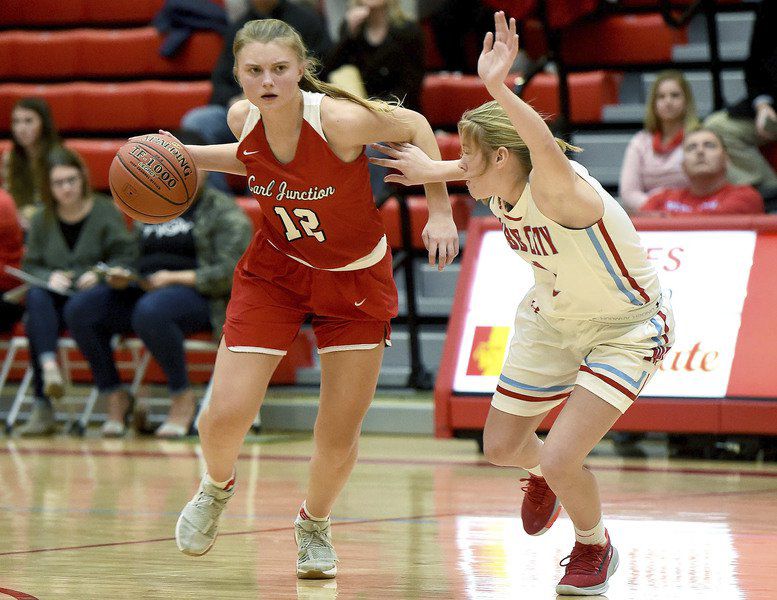 Carl Junction's Shila Winder (12) works to get past Webb City's Peyton Hawkins (1) during their game on Tuesday night at WCHS. Globe | Laurie Sisk 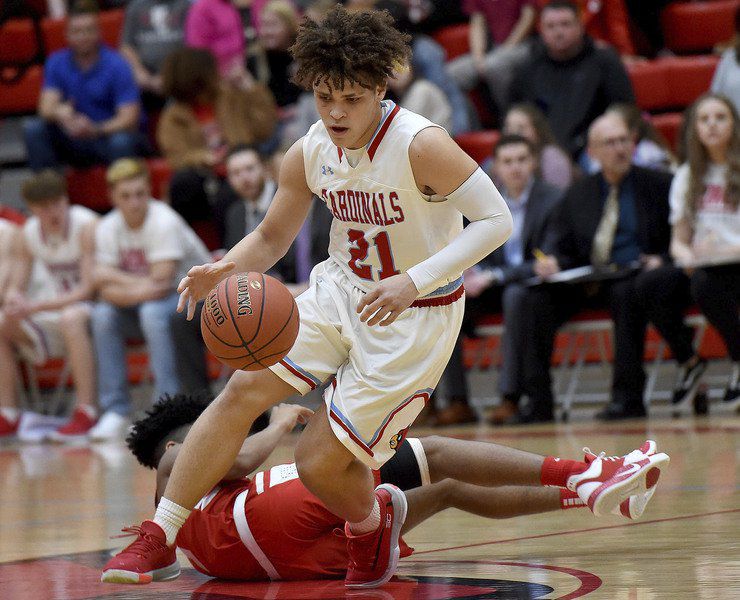 Webb City's Nickhai Howard (21) swipes the ball from Carl Junction's Sincere Williams before being called for a foul during their game on Tuesday night at WCHS. Globe | Laurie Sisk 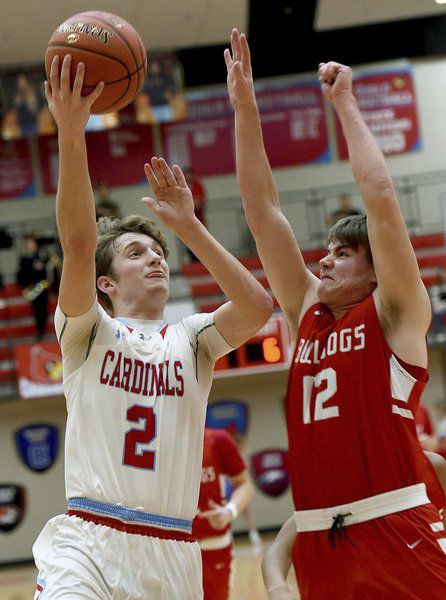 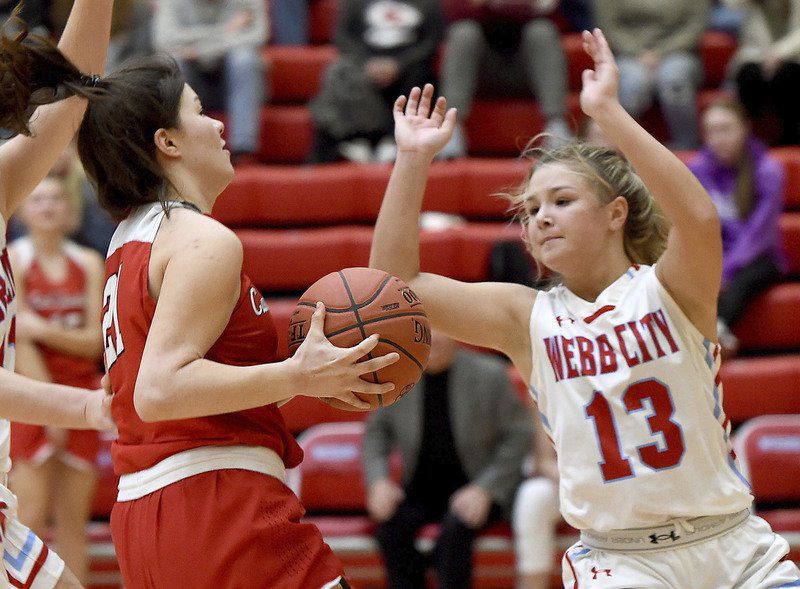 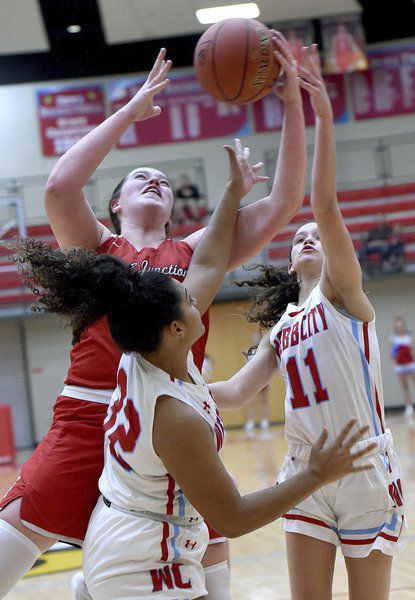 Carl Junction's Shila Winder (12) works to get past Webb City's Peyton Hawkins (1) during their game on Tuesday night at WCHS. Globe | Laurie Sisk

Webb City's Nickhai Howard (21) swipes the ball from Carl Junction's Sincere Williams before being called for a foul during their game on Tuesday night at WCHS. Globe | Laurie Sisk

WEBB CITY, Mo. — The Webb City boys were locked in offensively for four quarters on Tuesday night, and it came at the expense of Carl Junction.

The Cardinals recorded their second-highest scoring output of the season as they downed the Bulldogs 88-62 in a Central Ozark Conference clash at the Cardinal Dome.

“I thought we did a great job of sharing the ball tonight,” Webb City coach Jason Horn said. “We’ve got an unselfish group that likes to make the extra pass. Plus I thought our defense led to some easy offense and helped get our confidence up.”

A 9-0 run that started midway through the first quarter gave the Cardinals a double-digit advantage that they never relinquished. A Cohl Vaden 3-pointer pushed the lead to 18-8, and later, a Luke Brumit layup in traffic made it 23-10 by the end of the opening stanza.

Webb City led by as many as 21 points in the first half before settling for a 46-31 advantage at intermission.

“Jumping out on (Carl Junction) in the first half was huge,”Horn said. “I thought we overwhelmed them a little bit and maybe get them back on their heels. But you have to give them credit because they did threaten to come back.”

Carl Junction (5-12) closed the first half with six unanswered points to trim the deficit to 15 points, and after an Isaac Hoberecht triple early in the third period, the Webb City lead was cut to 12.

But again, the Cardinals responded an offensive flurry to quickly balloon the lead back up to 19 points. A 9-2 run began with a floater by Brumit and was capped by a free throw by Vaden, and Webb City suddenly held a 60-41 edge with a couple of minutes remaining in the third.

The Bulldogs drew no closer than 13 points of Webb City in the final quarter.

“They made a lot of shots,” Carl Junction coach Kyle Williams said. “I don’t think it’s necessarily anything we did defensively that gave them shots. They just hit tough shots. And outside of that first quarter, I think they only outscored us by two the rest of the way until the two-minute mark of the fourth quarter. But one of the differences tonight is we hit three 3s and they hit 12.”

Hoberecht and Alex Dixon paced the Carl Junction scoring with 21 and 20 points, respectively.

Katie Scott took over in the third quarter and finished with a double-double to aid the Carl Junction girls (19-0) in a win over Webb City (10-10).

Scott had 12 of her game-high 26 points in the third as she scored or assisted every Bulldog basket in the period. After scoring on back-to-back layups early in the fourth, Scott and the Bulldogs held their largest lead, 69-35, to force a running clock.

“(Scott) really became a force there in that third quarter,” CJ coach Brad Shorter said. “I thought she passed up a lot of opportunities in the first half, trying to make the extra pass and be unselfish. We’d probably like her to look to score a little bit more. But I think she found that balance by the third quarter.”