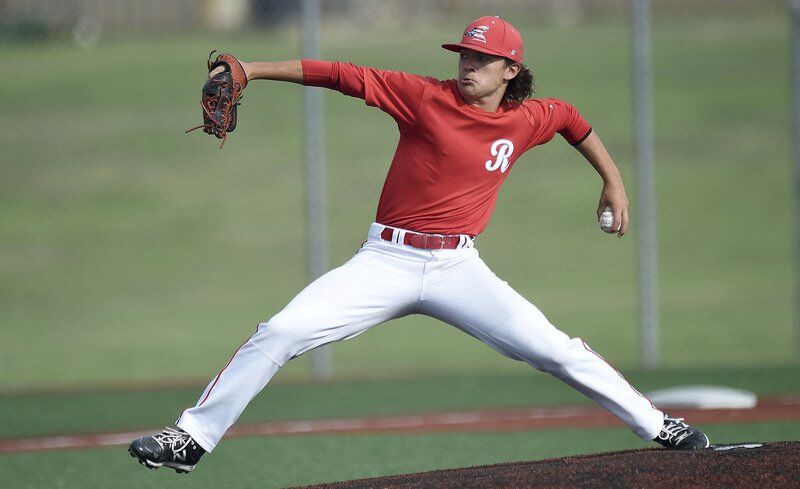 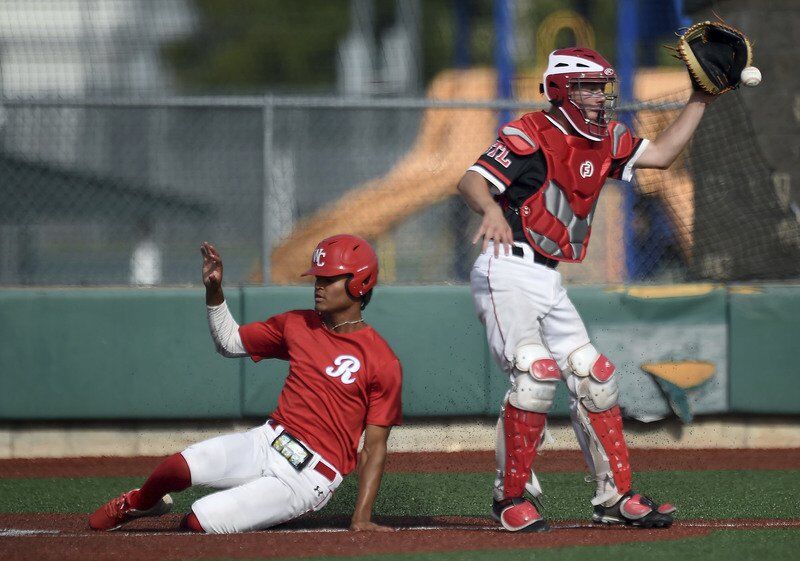 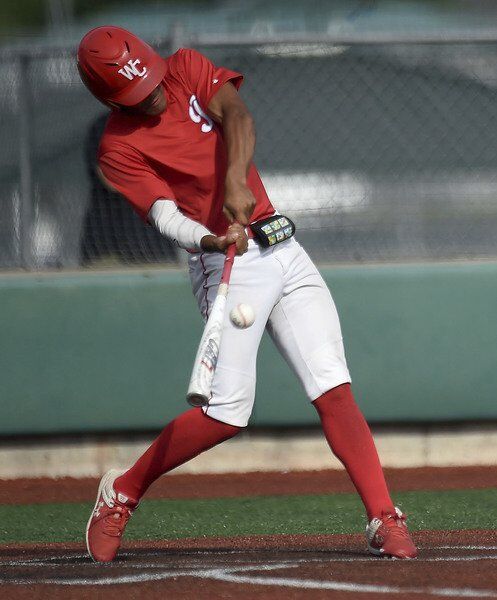 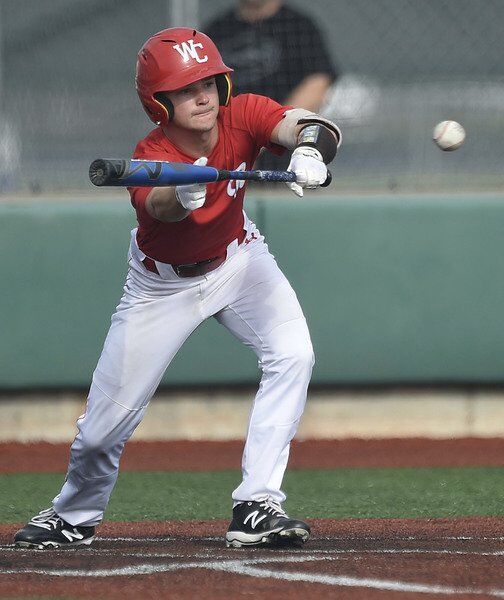 The victory gave the Redbirds a split for the day as they lost their opener 7-4 to top-seeded Fort Worth Cats.

Stowell, a left-hander who will be a junior this year at Webb City High School, allowed eight hits, struck out six batters and walked only one while working with temperatures in the low 90s.

Webb City trailed 2-1 after one inning but sent a dozen batters to the plate in its second-inning uprising. The Redbirds had only three hits in the inning, and only three runs were earned as they were aided by four walks, two wild pitches, an error, a balk, a missed third strike and three stolen bases.

Matt Woodmansee led off the inning with a double down the right field line, and a walk to Aiden Brock and Cade Wilson’s bunt single loaded the bases with nobody out.

“I thought Cade Wilson’s bunt was huge,” Darnell said. “Sometimes you can really extend an inning. Sometimes it takes the wind out of their sails when you get one down like that. Cade Wilson has been working hard, too. We’ve been working on that because he can run.”

With one out, Woodmansee scored on a wild pitch, and Josh Howard walked to reload the bases. Then with two outs, Devrin Weathers singled to right-center to score two runs. Treghan Parker struck out for the apparent third out but reached base on a missed third strike as Howard scored. A throwing error on Caden Myer’s grounder allowed two runs to score, and he came around to score on a walk, stolen base and balk to make it 8-2.

Weathers, who doubled to lead off the game and scored on Parker’s sacrifice fly, singled to start the Webb City fourth. Weathers stole second, and after Parker reached again on a missed third strike, Weathers beat the throw to the plate on Myers’ historic bunt single.

“Caden said in the dugout that was the first bunt base hit of his life,” Darnell explained.

Cole Gayman, who announced on Twitter earlier Friday that he has committed to attend Missouri Southern, hit a sacrifice fly to score Parker, and Woodmansee’s single to center brought in Myers.

Weathers, batting from the leadoff spot, reached base four times with a double, two singles and a walk. He scored three runs, drove in two and stole three bases.

“We’re hitting great down in the lower half of the lineup, too,” Darnell said. “Guys are getting on base. That was great to see.”

Briar Stinson and Eli Huebner both had two hits and two runs batted in for the Prospects Loggins.

The Redbirds also had good pitching against the Fort Worth Cats but couldn’t capitalize on enough scoring chances.

“Eric Fitch pitched well,” Darnell said. “Jeremiah Leaming came in relief and he did a good job, too. Only giving up seven runs to an offensive club like that ... and we had guys all over the place and couldn’t get that hit.

“We had a ton of guys on base. We just couldn’t get the timely hit.

“It was a little deflating yesterday (after an 8-0 loss),” Darnell said. “We didn’t feel real good about ourselves at Pittsburg State. Some things didn’t really go our way, but today was a good day. Today was a better day.”

The Redbirds complete pool play against Nebraska Prospects at 3:30 today at Barnes Field in Webb City. Nebraska also went 1-1 on Friday, meaning today’s winner will have a chance to advance to Sunday’s semifinal round.

The Southwest Missouri All-Stars nipped the Chiefs 4-3 on Saturday morning in Webb City.

The All-Stars have two games today at Joe Becker Stadium against the Rawlings Tigers at 11 a.m. and top-seeded Inside Edge at 1.

The Redbirds have two more home games today, playing Inside Edge at 9 a.m. and Chiefs at 5:30 p.m.