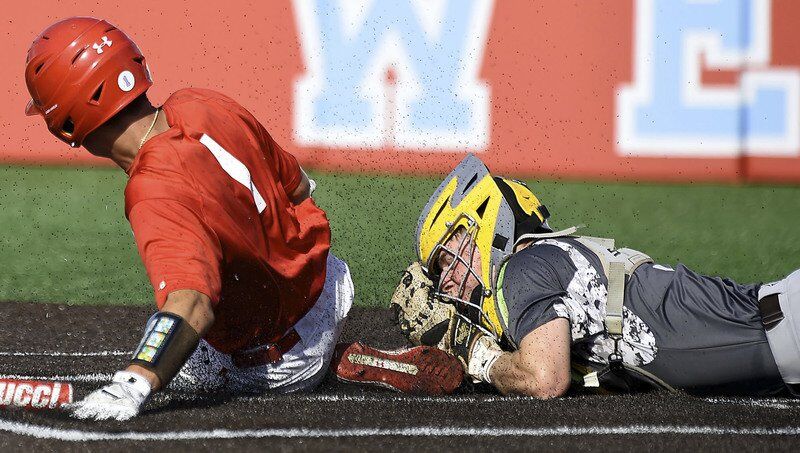 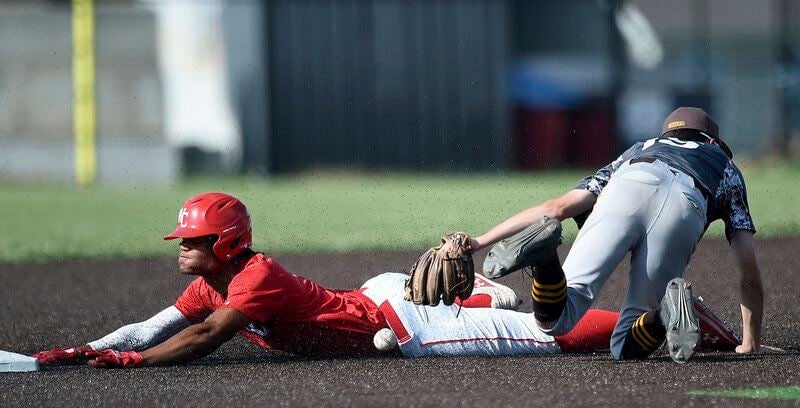 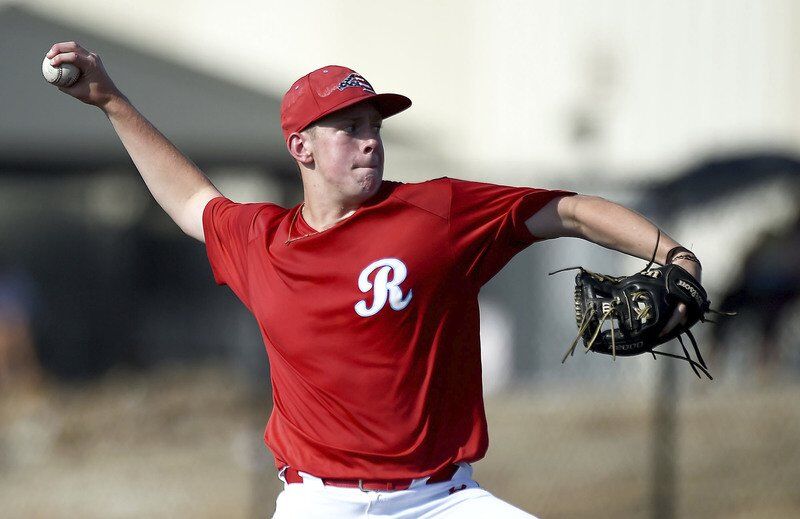 Webb City's Noah Mitchell delivers a pitch to the plate during the Redbirds' Premier Baseball game in the 17/18 Division against the Chiefs on Wednesday at Webb City. Globe | Laurie Sisk 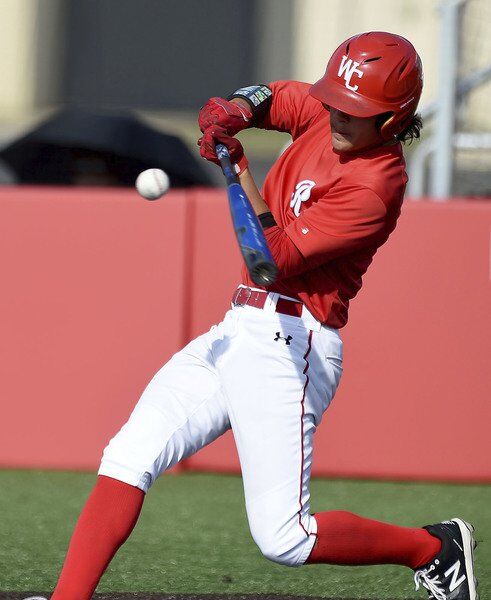 Webb City's Gavin Stowell connects for a sacrifice fly during the Redbirds' Premier Baseball game in the 17/18 Division against the Chiefs on Wednesday at Webb City. Globe | Laurie Sisk

Webb City's Noah Mitchell delivers a pitch to the plate during the Redbirds' Premier Baseball game in the 17/18 Division against the Chiefs on Wednesday at Webb City. Globe | Laurie Sisk

Webb City's Gavin Stowell connects for a sacrifice fly during the Redbirds' Premier Baseball game in the 17/18 Division against the Chiefs on Wednesday at Webb City. Globe | Laurie Sisk

WEBB CITY, Mo. — The Webb City Redbirds split a pair of games on Wednesday night at Barnes Field, defeating the Chiefs 10-2 and falling to the Dallas Mustangs 1-0, to open play in the 17/18 Premier Baseball National Championship.

The Redbirds wrap up the first round of pool play tonight at 6:45 against the Rawlings Tigers at Pittsburg State University’s Al Ortolani Field. A win would advance Webb City to one of three championship pools on Friday.

The three championship pool winners and one wild card will advance to the tournament’s semifinals on Sunday.

“We still control our own destiny,” Webb City coach Flave Darnell said. “The key is to play as good as you can and save as much pitching as you can. We still have plenty of pitchers available after today, and we’re feeling good about tomorrow.”

The Webb City bats were hot to start the day as the Redbirds scattered 12 hits across the first four innings before they ultimately claimed a five-inning run rule.

The bottom of the first inning saw Webb City take a commanding lead by plating seven runs. The frame was highlighted by a two-run double down the right-field line by Aiden Brock, as well as RBI at-bats by Matt Woodmansee, Eli Goddard and Gavin Stowell.

The Redbirds logged six consecutive hits by Devrin Weathers, Treghan Parker, Caden Myers, Cole Gayman, Woodmansee and Brock for a 5-0 lead before the Chiefs recorded the first out.

“When Devrin leads us off by getting on base, we kind of go as he goes,” Darnell said. “He was able to start us off with a single, and then we managed to string together several hits in a row there. So it was a good offensive start for sure.”

Webb City continued to apply the offensive pressure in the second inning as it plated three more runs on four hits. Parker’s two-run home run to right field gave the Redbirds a 9-0 lead before Myers scored on a passed ball to push the advantage to 10-0.

Starting pitcher Noah Mitchell and the Webb City defense took over from there, limiting the Chiefs to three hits and two runs in five innings to secure the run-rule victory. Mitchell struck out three batters and walked two.

The Chiefs got on the board in the top of the fifth with one run scored off a throwing error and another run on a single by Reed Jensen.

The Dallas Mustangs pitching staff cooled the Webb City bats in the nightcap as the Redbirds went hitless and placed just three runners on base in seven innings.

“They had some good arms,” Darnell said. “We kept hitting the ball right at them, and we took a couple chances on stealing some bases to get that run. Unfortunately, we couldn’t get that timely hit when we needed it. But again, they had some good pitchers tonight.”

Dallas plated its run in the top of the fourth on a grounder by Jackson Juvera with the bases loaded. The Mustangs finished with two hits, both coming in the fourth.

“I really thought all three of our pitchers did well,” Darnell said. “We only gave up two hits, and they threw three pitchers and gave up no hits. Sometimes that’s just the way it goes. But it was a well-pitched game by both sides.”