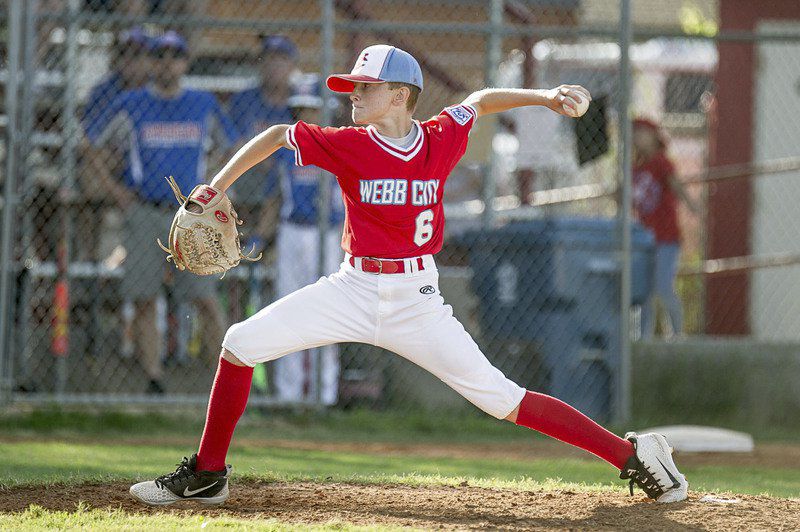 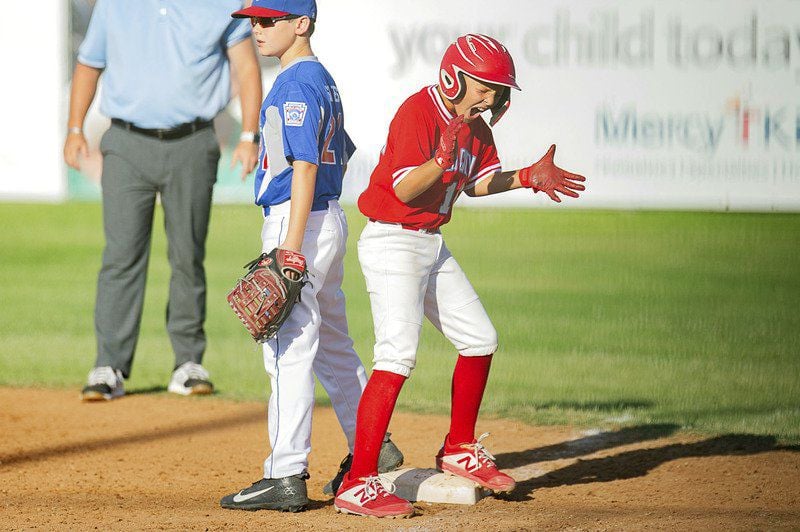 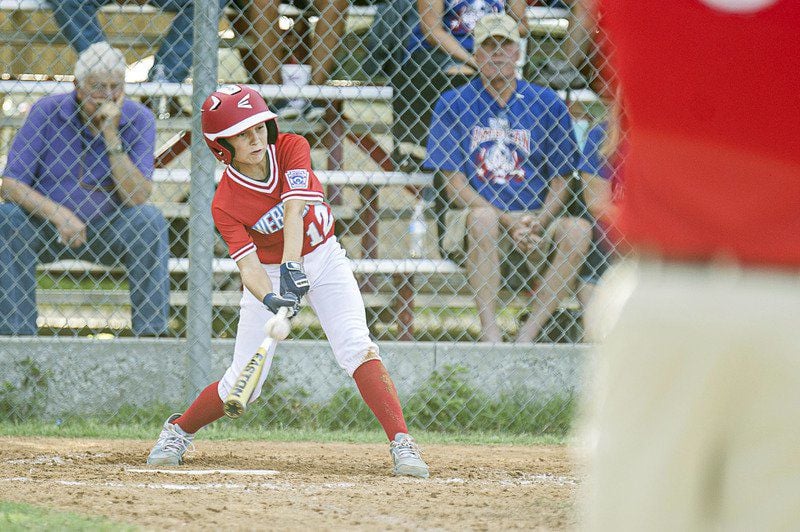 Webb City's Cohen Epler connects to bring in a run to help in the comeback against Daniel Boone Little League on Monday in Joplin. Globe | Derek Livingston 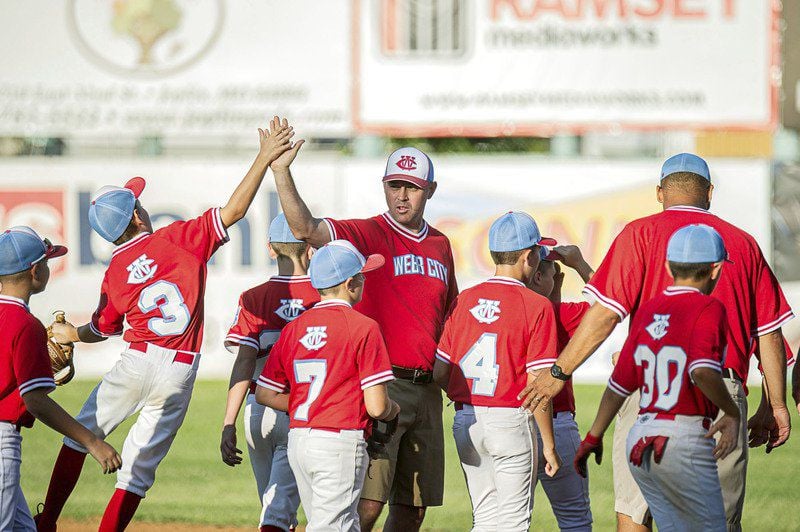 Webb City's Cohen Epler connects to bring in a run to help in the comeback against Daniel Boone Little League on Monday in Joplin. Globe | Derek Livingston

Daniel Boone, playing out of Columbia, Missouri, plated five runs in the top of the first inning to jump out to a commanding advantage. Webb City answered with three runs in the bottom of the first, adding a run in the fourth and four more tallies in the fifth on the way to earning a berth to the regional tournament.

“We haven’t had to face much adversity all the way through this process,” Webb City manager Brandon Eggleston said. “I asked them how they would respond when things aren’t going well. … They responded beautifully. I didn’t see one kid hanging his head. They are good kids and responded how I hoped they would.”

This is the fifth straight trip to the regional tournament for Webb City Little League. Webb City will travel to Carmel, Indiana, to take part in the Little League Midwest Regional Tournament, taking on Iowa in the first matchup at 3 p.m. on Aug. 3.

“I think the experience (of having three kids on this roster who went to the regional last year) is going to help us out,” Eggleston said. “They are going to let the other kids know what to expect, and to have that mindset of not being satisfied by just getting to the regional tournament. We want to do some damage while we are there.

“This is a big deal. Webb City Little League is thriving and there a lot of people who contribute to that. … Little League baseball is for every kid in the community, and they take pride in it. They get to represent their town, and that’s a big deal for them.”

Daniel Boone opened the game with all of the momentum, scoring five runs with two outs in the top of the first inning. Infield hits by Liam Newman and Michah Bredehoeft before a walk by Matthew States loaded the bases. Jack Tiemeyer brought two runs home with a single to right field for a 2-0 lead. Two errors on Webb City and a passed ball allowed three more runs to score to push the lead to 5-0.

It didn’t take long for Webb City to answer, scoring three runs in the last of the first to trim a five-run deficit down to two runs.

“That was big for our confidence to respond in that situation,” Brandon Eggleston said. “It showed that we could come back. Not getting any runs after giving up five would really put you in a bind.”

Webb City cut the lead to one in the bottom of the fourth when Andrew Young singled home Brenan Burgess to make the score 5-4.

“It was a good at-bat,” Eggleston said. “He fell behind and worked himself back into a good count. … I really had confidence with him at the plate and runners in scoring position.”

Webb City climbed all the way back in the last of the fifth. Beverlin and Derrick Wagner started off the frame with singles and Brody Eggleston reached on a fielder’s choice to load the bases with no outs. Courtesy runner Aiden Streight scored on a wild pitch to tie the game at 5-5, with Wagner and Eggleston both scoring on the same wild pitch one at-bat later to give Webb City a 7-5 lead. A throwing error later in the frame allowed the fourth run to cross the plate, cementing Webb City’s win.

“These are 12-year-old kids, and they get nervous and tense in big moments,” Eggleston said. “We talked about wanting to be aggressive on the base paths because in Little League baseball, one base is so important because they are hard to get. We talked about wanting to take advantage of any opportunity, and they did that. They took what was given to them and it turned out to be the difference in the game.”

“Andrew was dominating,” Eggleston said. “He came in and shut things down. Luke is a reliable pitcher that we can rely on, but he just didn’t have his best stuff today, and we didn’t make plays behind him, either. Andrew came in, had command and was able to get his breaking ball over for a strike. That kept them off-balance and guessing.”

Tiemeyer started for Daniel Boone American, allowing six runs on six hits, five walks and one strikeout in four innings. Wyatt Jennings gave up two runs on no hits and a walk, with one strikeout in relief.